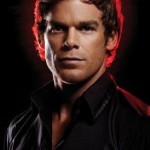 (I wouldn’t exactly call this an “Exclusive” as the site advertises, since Hall only answered 2 fairly vague questions about Dexter Season 6, but it’s worth passing on anyway!) What’s Ahead for Dexter Season 6 One television series that continues to be loved by both fans and critics alike season after season is Showtime’s Dexter. […] Read more »