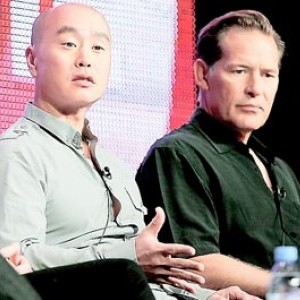 CS Lee, aka Vince Masuka on the Showtime breakout hit “Dexter” can be goofy, creepy and downright funny all at once.

Masuka is a forensics expert with the Miami Police Department. He shares a friendship with Morgan, flirts with his female coworkers and often makes sexual innuendos in inappropriate situations.

It’s a breakthrough role for Lee, 39, who grew up just outside Vancouver, Wash. “Dexter” drew 2.3 million total viewers for its season 5 premiere in September.

During a break in filming, Lee visited Stevenson University’s Greenspring campus Wednesday. Lee is friends with Christopher Reed, an associate professor of film, video and theater at Stevenson. Reed invited him to the campus. Lee led a workshop for acting students. Snow canceled a public question and answer session Thursday, but Lee spoke to the Times via telephone about his quirky character, Hall’s recovery from Hodgkin’s lymphoma last year and the future of “Dexter.”

CS Lee in his own words

Q: So what brought you to Stevenson University this week?

A: [Wednesday] I got to hang out with the kids. Basically, I went over with them my process in acting and the way I go about my roles and how to approach characters. It was specifically for the stage in those aspects.

A: No, this is a one-stop deal. I’ve always had an interest in teaching. I feel like I’ve been blessed with great teachers and professors in my life.

Q: So I was doing a Web search for your character, Vince Masuka, and I stumbled upon Vince bobble heads for sale. I’ve got to imagine that was a first for you?

A: It was my first bobble head. The folks at Showtime approached us probably a couple seasons in and told us they wanted to do some bobble heads for the characters. … They gave us some rough outlines. When I saw it, I thought it was hilarious. Surprisingly, the Masuka bobble head is one of the more popular ones.

Q: My wife and I were introduced to ‘Dexter’ when it appeared on CBS during the Hollywood Writer’s strike [in 2008]. Do you think that ultimately helped the show’s popularity?

A: It certainly didn’t hurt. It did help, but at the same time the show was gaining momentum in popularity. I think that helped catapult the show to where it is now. The last several seasons, the audience has grown so much. I can’t leave the house and not be recognized.

Q: Since you are playing a popular character right now, do you worry about being type cast in the future?

A: I don’t worry about it. Not at all. I’ve done enough training as an actor. I have no worries that I’ll be able to find other work and that I won’t be stereotyped into this Masuka role.

Q: I’ve read in other interviews that you basically stick to the script for Masuka’s lines. What’s your reaction when you see what Masuka is going to see and do when you first get the scripts?

A: Initially, during the first season, the writers didn’t quite know what to do with my character. I was just a guest star and not a regular cast member. They know from the [“Dexter”] books that he had a sick sense of humor and a perverted sense of humor. … I took liberties to come up with what my take of the character is, and it was a [collaboration] of what the writers wrote and stuff that I improvised as well. Ultimately, by the second and third season, the writers had a good sense of how he talked and what he went through.

Q: Do you think there are enough roles for Asian-American actors in Hollywood today?

Q: I’m guessing you probably can’t say much, but what can you tell us about the future of ‘Dexter’?

A: The only thing I know is Lumen (Julia Stiles) is not dead. … Other than that, the writers haven’t even convened yet. … ‘Dexter’ is confirmed for one more season for season six. I don’t think that will be the last season.

Q: What’s your take on Hall being able to fight cancer and continue with the show?

A: I’m amazed. How do you do that as a human being? How do you shoot a season and go through chemotherapy and shoot another season? It’s a grueling season. He works every day. The show is mostly him. He has an incredibly strong mind and body to get through that. It was quite impressive.

Be sure to catch CS Lee along with the rest of the cast of Dexter when the show returns this fall!

One Response to “CS Lee Dishes on Dexter”