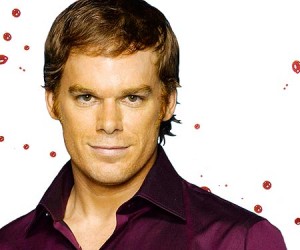 Michael C Hall is an American actor whose television roles include David Fisher in ‘Six Feet Under’ and Dexter Morgan on the showtime series ‘Dexter’ on Star World. Having won a Golden Globe in 2009 and a Screen Actors Guild award for his role in ‘Dexter’, he feels that Dexter’s character is unique and a TV role is time consuming.

■ How did Dexter happen and why did you take it up?

I took a couple of weeks to think about it before I agreed to do it. I had just finished a television series that lasted for five years and I knew it was an open-ended commitment I was making. The character was something that would require a great deal of focus and energy. Also when I first saw Dexter on paper, I thought huh, how? How? How do I approach this? So I took some time just to think about those kinds of questions. I didn’t just jump right on board, I took some time to think about it, but ultimately the challenges of the character and the challenges as an actor the character presented, and the people I would be working with, some of whom I’d worked with on ‘Six Feet Under’, all together allowed me to make the leap of faith.

■ Did you study anything? Did you read up on serial killers?

Yeah, I read some transcripts of interviews with serial killers and also some books by FBI profilers who dedicated their work to pinpointing what makes up a serial killer. I think Dexter himself would have familiarised himself with those things in his attempt to avoid that profile. And I was able to meet with a blood spatter analyst in Miami, when we shot the pilot, and talked to him about the work he does and also the sort of inter-office politics that exists between a civilian working with the police department. But ultimately, the role required an imaginative leap. I didn’t abduct or kill anyone in preparation for the part [he laughs].

■ What did you try to do to make Dexter stand out?

Yeah, well they’ve never really been the protagonist, and I think Dexter stands out, of course because of his code, and because of the fact that he kills killers, reprehensible people, criminals, but also because I think the voice-over element creates a situation where the audience is complicit or implicated in a way that no one else in Dexter’s world has. They’re really the only ones who are on what’s actually happening with this guy and that creates an affinity. And I think we see him, you know, in spite of the fact that he claims that he fakes all the interactions, we’re maybe inclined to suspect otherwise, or whether or not he’s faking them or claims to be faking them, there does seem to be some authenticity in the way that he makes, at least, an honest attempt to deal with his coworkers, or his girlfriend, or be a good brother to his foster sister, or the way he deals with those children.

I like the responsibility he’s taken for his darker impulses. I mean, I think we all have a shadow side. Maybe his is formidable in a way that we’re all required to deal with. But he has an undeniable compulsion. He has at least tried to manage it in a way that’s, I mean, he’s still committing sin number one again, and again, and again, but I think it’s, yeah, the responsibility he’s taken for his darker impulses that’s admirable in its way. And I also find him interesting because it’s the thing he claims to be without authentic human characteristics and yet I find him undeniably human and endearingly human, especially when the sort of structures that he set up for himself start to crumble. That’s when I think his humanity really does emerge.

■ Can a sociopath be healed or redeemed?

I guess the general consensus is no, but Dexter is unique. Not every sociopath or serial killer I know of had a foster parent who recognised their child’s compulsion, and shone a light on it, and told them that they loved them anyway, and that they believed in their goodness, but also sold them on the idea that there was nothing they could do about the compulsion other than to channel it in an arguably productive way.

■ Isn’t that the most unrealistic thing about the show, in a sense?

■ I know it’s all make believe but do you have nightmares of all the things that Dexter does?

I think it does. I mean, it’s an occupational hazard I suppose that I welcome, I mean, it’s a part. But yeah, I think it’s good to develop, whether it’s a formal ritual or not, ways to kind of slough it off at the end of the day. Some days are rougher than others in terms of what I’m simulating. Some days it just feels like it’s a romantic comedy or something, you know [he laughs]. Hanging out with Rita and the kids and other days I’m actually hacking someone up.

■ You try to be more sweet in real life now, just to compensate?

■ You mentioned the commitment the TV role requires. How does it affect your personal life?

It’s a consuming job, like many jobs are, and I think actors do struggle when they’re working to maybe hang on to the most vital part of themselves and give that to their work, and maybe withhold it from their life. I mean, I think that’s a struggle that actors have. I guess the awareness of that is maybe some sort of an antidote but it is inevitable that you sort of do, from time to time, get consumed with the work you do.

One Response to “Dexter Gets Talking”