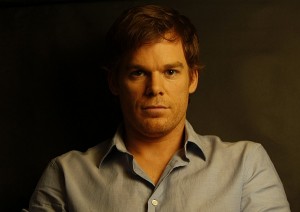 It’s been almost five months since the fifth season of Showtime’s Dexter took its bow, and since then there’s been a whole lotta silence. After the departure of Julia Stiles’ character Lumen in the season finale, fans have been chomping at the bit to find out more about what’s happening to Dexter Morgan and his Dark Passenger next year. While Dexter Season 6 premiere is still about four months away, production is about to kick into gear, and there are some spoilers coming down the pike — the first spoilers we’ve gotten since the finale.

Three recurring roles are being cast for Dexter Season 6, according to TVLine’s Michael Ausiello. Here they are, in all their glory:

What do you think? Will any of these characters be as memorable as Julia Stiles’ Lumen or John Lithgow’s Trinity Killer? Do you have any suggestions for who should play those roles? What do you think we’ll see happen in the upcoming Dexter Season 6?