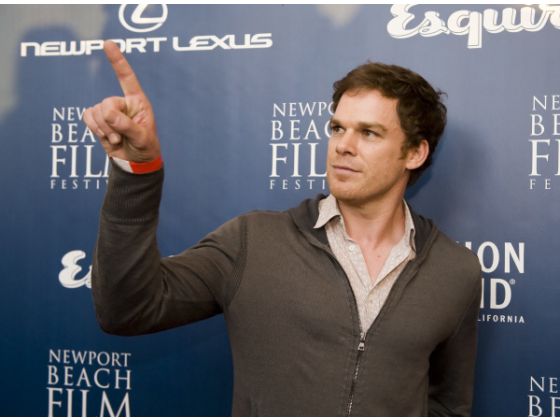 Michael C Hall phones home as he leads off the Newport Beach Film Festival for his starring role in East Fifth Bliss.

In ‘East Fifth Bliss,’ Hall plays a schlubby underachiever — a far cry from his serial killer on ‘Dexter.’ It’s one of 450 films movies screening.

Michael C. Hall was happy to trade in his titular role as a serial killer on “Dexter” for a schlubby underachiever in the new independent film “East Fifth Bliss.” The film gets its world premiere Thursday night at the opening of the Newport Beach Film Festival.

“It was nice to play a character who is completely not spectacular,” says the actor. “He is not uniquely capable or afflicted. It was a nice change of pace.”